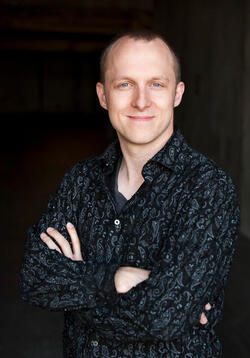 Peter Jorgensen (He/Him/His) has over twenty years of experience working in musical theatre as an actor, director, choreographer, producer, and educator. As Co-Artistic Producer of Patrick Street Productions (PSP) he has been the resident director for their multiple award-winning musicals such as Into the Woods, Bat Boy: the Musical, The Light in the Piazza, The Best Laid Plans: a Musical, and A Little Night Music. Outside of PSP favourite directing credits include Fiddler on the Roof (Persephone Theatre), Les Miserables (Chemainus Theatre Festival), Rock of Ages and Avenue Q (Arts Club Theatre). Recent performances include Lumiere in Disney’s Beauty & the Beast (Arts Club Theatre), and the title role of Herringbone for PSP (a one person, two act musical in which he performed 11 different characters). Peter has been a passionate educator for over twenty years. He is the founder and Program Director of the Arts Club Musical Theatre Intensive (a summer program for young artists passionate about the performing arts), and runs professional performance master classes through Patrick Street Productions. He has been a private voice and repertoire coach for over twenty years, and has adjudicated many music and drama festivals around the province. He is thrilled to be part of the Canadian National Thespian Festival watching your work and offering whatever wisdom he can. ​ 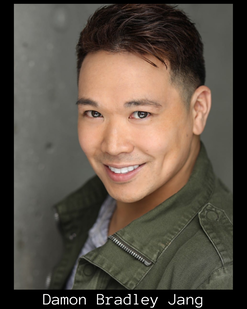 Damon Bradley Jang (He/Him/His)  is a multifaceted performing arts practioner and creator.  A graduate of Capilano University's Music Theatre program and Innagual Bachelors of Performing Arts program (and a very brief time at Studio 58) , he finds himself in many different areas of film,tv and theatre in both off and onstage and screen capacities. This year he is a member of the Stratford Festival's Birmingham Conservatory as it's 1st bipoc male directing candidate and will make his debut assistant directing and assistant to the choreographer in All’s Well That Ends Well. Back in Vancouver he is Co-artistic/marketing director of Fabulist Theatre, and there has helmed Once on This Island (Director and associate choreographer( winner of 3 BroadwayWorld Vancouber Awards including Best Direction), Dracula, Songs for a New World (co-director/choreographer. Other recent directing credits include ; Ripe (UBC Players Club); Everybody Loves Dick (OR Festival); Quantum Entanglement (BurlOak New Stages Festival); Cinderella: Broadway Edition, Oliver! (Byrne Creek Theatre) and as an associate director/choreographer: The Christmas Musical (Surrey Holiday Lights); Into the Woods (North Shore Light Opera).  As an assistant director: Beneath Springhill (Arts Club); Spinning You Home (Spinners Collective). As a Choreographer: Little Shop of Horrors (Vagabond Players); As You Like It (Bard in the Valley). Select performance credits include West Side Story, Singin’ in the Rain (Theatre Under The Stars); Thoroughly Modern Millie (Gateway Theatre); Flower Drum Song (Vancouver Asian Canadian Theatre); A Midsummer Night’s Dream, The Trojan Women (CapU); Love! Valour! Compassion! (Ghostlight); The Threepenny Opera (Theatre In the Raw). Damon has been involved with the BC Thespian Organization since its beginning and is excited to contribute on this national scale. Damon is also a professional theatre marketer, performing arts educator, administrator, professional set decorator and very proud father of a 4 year old cat. Damon is a member of Canadian Actors Equity Association and will be off to Drayton Theatre Festival this summer assistant directing The Sound Of Music. @DamonBJang @Fabulisttheatre www.fabulisttheatre.ca 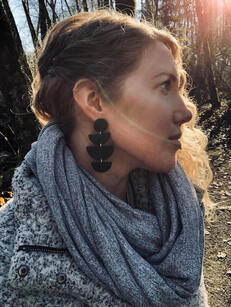 Jessica Anne Nelson (she/her) is an award-winning theatre director, creator, producer, and intimacy director, living and working on the stolen, occupied, and traditional homelands and waters of the Coast Salish peoples; the Sḵwx̱ wú7mesh (Squamish), ̓Səlílwətaʔ/Selilwitulh (Tsleil-Waututh), xwməθkwəyə (Musqueam), q̓ ic̓ əy̓ (Katzie), q̓ wɑ:n̓ ƛən̓ (Kwantlen), and Semiahma (Semiahmoo) Nations. Jessica sets the bar for creating respectful, caring, and imaginative spaces for artists to play and explore in her gripping productions. Her intimacy direction centres on the principals of creating consent based and trauma informed work. With her MFA in Directing, and many years of experience in devising, creation-based techniques, and community collaborations, her work focuses on stories that shine a light on stereotypically negative or dark characters and stories, while also striving for social change. Her productions are highly provocative, theatrical, and stylized. Jessica has been honoured with the Sydney J. Risk Award in Directing, the Yvonne Firkins Prize, the John Brockington Scholarship in Theatre, and was an inaugural recipient of the Bill Millerd Artist Fund in 2019 from Arts Club Theatre Company. Some favourite past productions include In Camera (Realwheels Theatre, Intimacy Director, 2022), Cipher (Arts Club Theatre Company & Vertigo Theatre, Assistant Director and Co-Intimacy Director, 2020 & 2022) Romance, Relationships & Rights (Anvil Centre, 2019), Consensual (Peninsula Productions, 2018), The Crucible (2018), girls!girls!girls! (2017) (Theatre@UBC), Othello (Bard on the Beach, Apprentice Director, 2016), The Competition is Fierce (ITSAZOO, Assistant Director, 2015), and Ithaka (2016), AFTER (2014), and Meanwhile (2013) (Excavation Theatre). She is honoured to be a part of the TUTS family this summer. www.jessicaannenelson.com 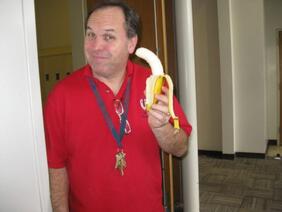 Derek Lane (He/Him) is a professional theatre practitioner, educator, and award-winning designer with over 30 years experience. He worked as a professional actor and comedian early in his career, turned his sights toward directing and playwriting, and has since found his true love as a theatre designer and educator. As a performer Derek trained at Second City in Chicago, did voice-over work for video games and radio spots, opened up for comedians such as Red Buttons, and has performed on television, in films, and for several professional theatre companies. He has also toured extensively -- logging over 4000 performances in his career – sometimes up to seven shows in a day. Directing work includes over 40 stage productions and being selected to showcase work at the International Thespian Festival and the Kennedy Center. As a playwright he has served as the playwright-in-residence for Taproot Theatre and Soledad Children’s Theatre, and 17 of his plays have been produced over the past 25 years. As a designer his work has been seen on stages in Portland, Seattle, Vancouver (British Columbia), Chicago, Boston, New York, and Tokyo. Design work also includes dance companies, amusement parks, casinos, theatre, television, and film. As an educator he has taught at every level including preschool, middle school, high school, and at the university level. He has taught at three high schools and five universities including San Diego State University, Clark University, Richard Stockton College of New Jersey, and Central Washington University. He currently is the resident scenographer and Production Manager at Humboldt State University. His true passion is teaching theatre educators and preparing students for work in the professional world.​
Awards/Research/Publications
Derek has received over 20 Certificates of Merit from the Kennedy Center American College Theatre Festival for his design and directing work. His plays have been selected to perform at regional (regions 2 and 7) and national KCACTF festivals. As a playwright, seven of his plays have been published, while he has contributed several articles to regional and national theatre journals. He won the Marion Ross acting award, an Irene Ryan acting nomination, and has garnered both the Group Health and the Kaiser Permanente Awards for new works. He is currently working on a Theatre Design and Technology workbook/textbook for university and high school students.​
Education