EdTA Canada
Board of Directors

Executive Director
Craig is a teacher for the Surrey School District and a member of IATSE Local 118. Craig has won numerous awards for his work directing and designing youth theatre productions. He has been the President for the Surrey Drama Teachers' Association and the ABCDE Surrey Zone Representative for the past 10 years. He has been a member of the Educational Theatre Association since 2009. Craig holds an undergraduate degree in Theatre Education from The University of British Columbia and a Master of Arts Degree in Theatre Production from Central Washington University. He is also the troupe director of troupe #8854 at North Surrey Secondary.
Dana Ebtekar 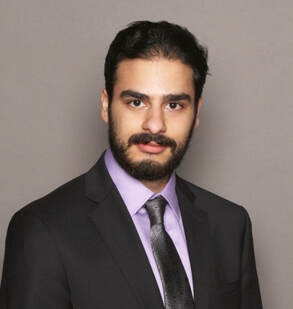 Chief Operating Officer
Dana is currently a teacher for the Surrey School District and a technician for IATSE Local 118. He also serves as a member of Vancouver Opera's Educational Advisor Committee and a Director at Large for B.C's Chapter of the Canadian Institute of Theatre Technology. Theatre has been a major part of his life since he joined his high school's theatre tech team in the 10th grade and instantly fell in love with it. Dana holds a Bachelor of Arts from Simon Fraser University with a double minor in Fine & Performing Arts and Kinesiology and a Bachelor of Education from The University of British Columbia.
Hans Weichhart 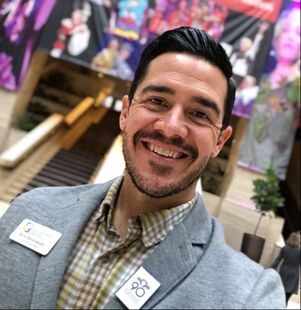 Educational Theatre Association - International Rep.
Hans currently serves as the Chief Membership Officer for the Educational Theatre Association (EdTA), home of the International Thespian Society (ITS). In this role, Hans provides leadership for 130,000+ students, theatre educators, and industry professionals in all 50 U.S. states, Canada, China and 11 other countries around the world. Hans holds a BA in Theatre Arts from California State University, Sacramento, has worked with companies like Walt Disney Parks & Resorts – Creative Entertainment, and was the Executive Director for the Lenaea High School Theatre Festival, prior to joining EdTA. A former member of Actor’s Equity Association (AEA), Hans was recently seen onstage as Black Stache in Peter and the Starcatcher, and was the AD for the award-winning production of In the Heights at Broadway by the Bay in Redwood City, CA.
Frederick Wong, CPA 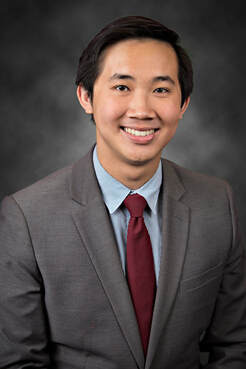 Chief Financial Officer
Fred is an accountant by profession, with a deep love and passion for theatre. He specializes in sales/indirect tax issues at BDO Canada LLP, particularly with respect to advisory and operational reviews for charities and not for profits in Greater Vancouver. Fred was heavily involved in youth arts in the Tri-Cities and considers theatre as a major influence and formative experience. Fred holds a Bachelor of Commerce degree from the University of British Columbia and is a Chartered Professional Accountant.
Adrian Etchell, LLB
© 2020 EdTA Canada
Powered by