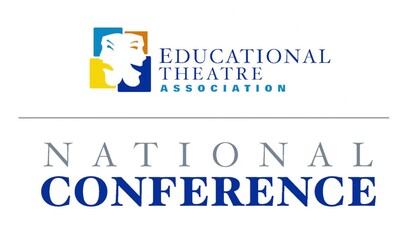 1.) Subtext Exercise
Instructions:
1. Pair students into groups of two.
2. Have them name their characters A and B.
3. Have them write 20 lines of logical alternating in-person dialogue (10 lines each) without anything interesting in it whatsoever. No texting.
An example of boring dialogue:
A: Hey.
B: Hey.
A: What’s up?
B: Nothing.
A: Cool.
B: Yup.
Etc.. etc.. etc..

4. Have the students read their scene out loud. Check and confirm to make sure nothing is specific or interesting.
5. Next, say that one character has a “secret.”
6. Have them choose a secret (discuss which secrets are actable, and which aren’t)
Avoid: Make sure that the “secret” is playable and interesting. Bad secrets include – needing to go to the bathroom, being drunk, being high, etc… Good secrets relate to the other character, - a secret crush, a secret hatred, something terrible has just occurred, etc…
7. Have them rehearse the scene – (act it out)
8. Have them perform their scene in front of the class.
9. The class should be able to determine who has the secret and what it was.

2.) Writing Dialogue
The Problem: Dialogue doesn’t sound realistic. Everything seems to be happening too fast.
The Trigger Phrase Exercise.
Step 1: Write a scene between two people (with a possible third additional character as a waiter or waitress) in a restaurant about to order dinner. One character will say something wrong that will cause a fight. You must use “trigger phrases” during the fight.
What is a trigger phrase? A trigger phrase is anything one character says that provokes an immediate response from another character, usually to the point of cutting the first character off. The trigger phrase is often repeated by the second character.
Example:
(BOB and DANI in a restaurant, looking over the menus.)
BOB: What are you gonna have?
DANI: I’m thinking about the steak.
BOB: The steak?
DANI: Yeah.
BOB: Wow.
DANI: What?
BOB: Nothing.
DANI: No, what?
BOB: That’s just – that seems a little indulgent.
DANI: What do you mean, indulgent?
BOB: Just a little.
DANI: What do you want me to order?
BOB: No go ahead and get the steak.
DANI: You obviously don’t want me to have the steak.
BOB: I never said that.
DANI: You implied that.
BOB: Have the steak! Go ahead. I don’t care.
DANI: If you don’t care, why did you say something?
BOB: I didn’t say anything!
DANI: You said it was indulgent.
BOB: Don’t you think it’s a little bit indulgent?
DANI: No! It’s steak. It’s on the menu for a reason. So people can eat it.
BOB: Fine. Eat it then.
DANI: I will.
BOB: Good.
(pause.)
Just seems like we talked yesterday about you trying to lose some weight –
DANI: What!
BOB: Just that’s what we talked about yesterday.
DANI: You want me to lose some weight?
BOB: You mentioned that you were unhappy with your body, so –
DANI: Are you kidding me?
BOB: We can’t talk about this?
DANI: You do not get to tell me what to order.
BOB: I’m not telling you what to order! I’m just suggesting that there are salad options available.
DANI: And I’m suggesting that I will beat you over the head if you don’t shut up.
BOB: I know where this rage comes from.
DANI: Oh do you?
BOB: Yes. You’re dissatisfied with your thighs, so you take it out on me. If you were skinnier, you’d be happier.
Etc…

Notice that characters tend to circle around topics before moving on to something else. By duplicating lines and repeating phrases, the dialogue sounds more natural.

The Exercise
1. Students work individually.
2. First have them determine a relationship between two characters – relationships with some history are key.
Examples
Mother-daughter
Boss-employee
First date same gender
10th anniversary
Ex-wife ex-husband
3. Students write a 10 minute free-write of the two characters at a restaurant – (no endings please!)
4. Try to use trigger phrases in dialogue –
5. No third characters allowed – just allow the dialogue to progress
6. Take volunteers to read scenes out loud.

3.) Writing Action
The Continuous Action Scene:
The Problem: Characters are just sitting and talking and not doing anything active. Dialogue can be come stale and boring.

Step 1: Brainstorm continuous actions that can be performed on stage.
Note: The best continuous actions are ones in which the emotional state of the character can be signified (texting, on the phone, typing, are not great)
Examples: Folding laundry, cleaning the house, packing for a trip, exercising, etc…
Step 2: Students work individually.
Step 3: Students decide on a relationship between 2 characters.
Step 4: Students choose a continuous action.
Step 5: Students have a free write (10 minutes) to write a scene between 2 people where one of them is engaging in a continuous action that is not the focus of the scene, but should inform it.

1. Students work individually
2. Students create as many characters as they can think of using the following madlib:

Try to make sure there is tension between the personality trait, occupation, and superobjective.

An example without tension: