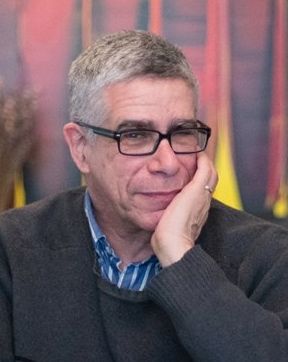 John Lazarus
​
Keynote Title: When Did We Get Respectable?

​John Lazarus has been an award-winning professional playwright since 1970, and a teacher of playwriting since the 1980s. His plays have been produced across Canada and the U.S. and around the world. They include Village of Idiots, Dreaming and Duelling, Babel Rap, and four short plays for young audiences produced by Green Thumb Theatre. He taught playwriting and related subjects for 10 years at Vancouver’s Studio 58, for 20 years at Queen’s University, and sporadically at Vancouver Film School and his alma mater, the National Theatre School. He lives in Kingston, Ontario, with his wife Lin.

John began his career when Canadian playwriting was in its childhood, in the 1970s. In his keynote speech, “When Did We Get Respectable?”, he will describe his personal experience of the history of Canadian theatre since that time, and reflect on its origins, its new sensibilities, and the new directions in which it may go when we emerge from our current imposed hiatus.  ​
REGISTER HERE
© 2020 EdTA Canada
Powered by